Hiking the Coast of the Cinque Terre

If you are not familiar with the Cinque Terre in Italy, you should be. The big cities, such as Rome and Florence, are certainly worth every ounce of “notoriety” that they have. But, you’ll find the charm in the small towns, like those that make up the Cinque Terre.

So, what exactly is the Cinque Terre? It is a coastal area on the Italian Riveria, containing the five towns of Monterosso al Mare, Vernazza, Corniglia, Manarola and Riomaggiore. Cinque Terre literally means “five lands” in Italian.

Trails, trains and boats connect these five towns, but there are very few roads. One of the things we love most about all small towns, in addition to the charm, is the lack of cars! Being able to walk everywhere, usually within just a few minutes, is a wonderful feeling, especially after fighting the crowds and traffic in Rome.

While these towns are small and “rugged” compared to the big city, the area is still a popular tourist destination. The towns and surrounding coastline and hillside are all part of the Cinque Terre National Park and is designated a UNESCO World Heritage Site.

After arriving by train, we settled into our room at the Hotel La Zorza, which provided a large one-bedroom apartment above a nice bar/restaurant at a very reasonable price. It only took us about ten minutes to explore the city and take in the beautiful scenery.

While our hotel apartment was great, we had no WiFi or cellular/data coverage in the room. We did get WiFi downstairs, at the bar, and we got coverage a bit closer to the coast. This makes planning our two-day visit a bit difficult, but not impossible. Yea…we pretty much waited until the last minute to really figure things out.

One of the biggest draws of the Cinque Terre, other than the beaches, is hiking between the towns. There are two trails: the Sentiero Azzurro (“blue trail”), which hugs the coast and runs through all five towns, and the Sentiero Rosso (“red trail”), which is farther up on the hillside. As you might guess, the names refer to the colors of each trail on the official map.

Sadly, a mudslide in October 2011 destroyed part of the more popular Sentiero Azzurro and caused extensive damage in some of the towns. Based on research, we expected the trail to be repaired and open when we visited in 2013. It wasn’t.

In fact, parts of the trail are still closed, or maybe re-closed (January 2018), for various reasons. One part is expected to open later in 2018, but another won’t open until 2021. If you are planning a trip, be flexible, as the trail is very delicate!

Additionally, in recent years there has been talk of limiting the number of hikers. I don’t think any limitations have actually gone into effect yet, but you do need a permit now. Be sure to check in at a park office before setting off on a hike!

After briefly considering the “high” trail, we decided to just do the more popular Blue Trail along the coast, the Sentiero Azzurro. This would allow us to see the towns and would be a lot less stressful on our bodies! According to our research, this trail is accessible for anyone in reasonably good shape.

We, of course, wanted to hike the entire trail, through all five towns. According to our book, Hiking in Italy, this should only take about five hours – a very easy day hike for us. Obviously, the trail closures thwarted that plan.

The trail is split into four sections, with each section connecting two towns. The eastern two sections, closest to Riomaggiore were closed, so we started on the other end and hiked as far as we could. We took the train to Monterrosso al Mare and started the hike.

We stopped for lunch at the second town, Vernazza. When you see pictures of beautiful towns on a rugged Italian coast, Vernazza always seems to pop up.

The town is gorgeous. With the tower jutting out into the sea, it is incredibly picturesque.

After lunch, we walked around the city and out to the tower and then continued on to Corniglia. Altogether, we hiked 5-6 km, but both parts involved quite a bit of uphill and downhill.  It took us a bit more than four hours overall, including a lunch break.

The hike was just the right balance of challenging and breathtaking. Our views of the coast and hillside, while hiking, were truly amazing and worth every bit of effort (which wasn’t much) to get outside the city.

We could see the trail was washed out at Corniglia. We did not doubt that the trail was closed, but it was nice to verify that the closure was legitimate. Thankfully, the train stops in each town, so we were able to get back to Riomaggiore easily.

If you ever come to the Cinque Terre, you should know that Corniglia (the middle town) is not at sea level…the town is 350ish stairs up from the train station. Thankfully we only had to go down!

Another interesting point about Corniglia…it has a nude beach, the only one in the Cinque Terre. We saw the beach from high on the path and Grant used the camera zoom to verify that it was a nude beach. I have to admit that I just had to laugh when it was a man who provided the “verification” for Grant!

The train connecting the towns was easy to use, both coming and going, and very reasonably priced. The availability and ease of public transportation is one of the many things that we love about traveling in Europe.

That said, sometimes relying on public transportation, especially when you haven’t planned ahead, is taking a risk. After our day of hiking on the Blue Trail, we had hoped to be able to hike at least a part of the Red Trail the next day.

After reviewing the trail maps, we came up with only one solution that didn’t involve a 1,500-foot ascent in less than two miles (we realized long ago what our limitations are)! We planned to take a bus to the top of the mountain (or at least close to the top), hike along the ridge, then hike down the mountain.

What we did not investigate was the bus timetable. We had seen the bus in town several times and figured it would not be a problem. We were wrong. Turns out the bus only stops at the top once in the morning and once in the evening…and we had already missed our opportunity.

We reviewed our options again and confirmed that all the other hikes would likely hurt us tremendously, and quickly realized that hiking was not going to be part of the agenda for a second day.

With all the hiking that we did in Italy, especially with the elevation changes, we quickly started feeling our age! My knees hurt more and more with every downhill step. Grant seemed to handle the downhill a bit better than I did, for some reason, however, we both struggled with the uphill!

Thus, having our hiking plans for the second day canceled really was a blessing in disguise. While it was frustrating at first, we really enjoyed having a day to rest and recharge. In fact, the more we travel, the more we realize just how important those days are!

Now, we are a lot more conscious of how busy our itinerary is and try to build in days to rest, or at least slow down. Truthfully, some of these lazy days, of enjoying a city without doing much, are some of the best days!

We truly loved our time in the Cinque Terre, and if we had it to do over again, we would probably build in more time so that we could enjoy all the cities.

A Taste of Northern Italy – Venice and Lake Como 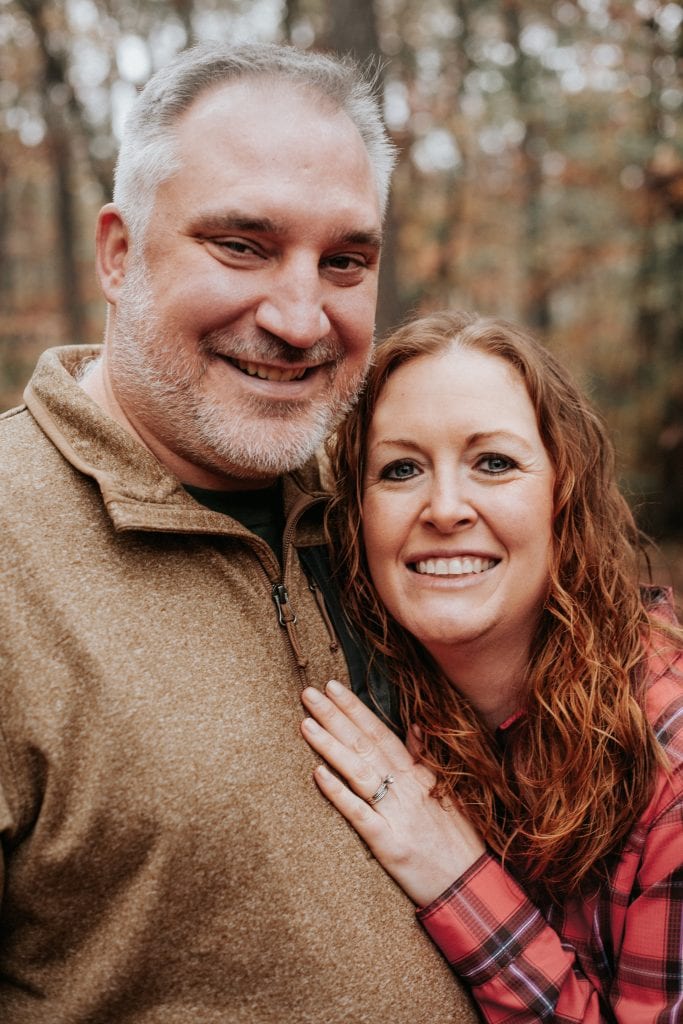